I have another fun surah lapbook to show you today. Surat Al-Burooj! InshaAllah you and your children find it of benefit.

Ashabu Al-Ookdood, also known as The People of the Ditch, were very cruel to the believers and harmed them in a savage way. The story was told in the Sahih Hadith collections. The story is of an elderly sorcerer who was getting very old and served an evil king. The sorcerer wanted someone to take his place when he died so he asked the king for a young boy to teach him magic. He found a boy and this boy became the sorcerer’s apprenctice. As the boy was walking to the sorcerer’s place he met a Christian monk. They boy told the monk that he was on his way to learn magic from a sorcerer. The monk felt this boy had a good and sincere heart and told him that there is only one God and that magic was a source of evil. He also told him that God was the only source of all power.

The boy liked what the monk had to say and each day they would meet, the monk would teach him more about Allah(SWT). This Christian monk believed in only one God and not the trinity. As the story continues, the boy eventually had the knowledge to cure illnesses. Allah granted him this knowledge and the boy continued to help those who were sick. The king heard about what this boy did and tortured him until he revealed to him about the monk. The monk who taught him about Allah. The king wanted the monk to abandon his religion, but the monk refused. So the king had the monk killed and wanted the boy killed. Though the king tried to have the boy killed, Allah saved him from the king. The boy told the king how to have him killed. He boy told him he needed a bow and arrow and had to say, “In the name of Allah, the Lord of the boy.”

When the king killed the boy, the people of his kingdom saw and heard all of it and proclamied, “We believe in the Lord of the boy!” This king was furious and wanted to kill anyone who believed in Allah. He ordered ditches to be dug and anyone who passed by was questioned about their faith. So whoever abandoned his religion was saved and whoever believed in Allah was thrown in the ditch. That is how the became known as the people of the ditch. The Mufassareen say that the king and his army most likely drowned during a battle.

These days are special because these are the times Muslims fulfill their duty to Allah. Allah witnesses their devotion and sacrifice and the believers are witnesses to their own actions as well. All four of these things have to do with time and witnessing. Allah is witness to everything.

In the ayahs 4-11, Allah mentions the People of the Ditch and how they sat around the ditches and watched the believers being burned alive. The were witnesses to their own sins. They thought they had the power to punish but Allah says that for those who have not repented they will be punished of Hell and the burning fire. Allah witnessed everything they had done and they will be punished accordingly.

And for those believing men and women Allah promises they will have gardens beneath which rivers flow to live in.

At the time this surah was revealed the Muslims were being persecuted by the Quraysh. They were being treated very badly and wondered if they would ever have peace and security. When this surah was revealed it gave the Muslims the reassurance they needed and to know that Allah loves them and promises the believers that they will have eternal reward for their suffering.

Allah continues when He gives 5 reasons why His promise and warning are definitely to going to happen. In ayahs 11-16:

In the final ayaat Allah reminds us how precious the Quran is. There is no book like it. How it is special, protected and written on a special tablet called Al-Lowhim Mah-foodh.

What do trials teach us?

The ages for these lapbooks:

This lapbook is meant to be used with the Ad-Duha Institute Mini Tafseer Books.  You can purchase the Surat Al-Burooj mini-book or the Surat Al-Burooj e-book.   Be sure to click the correct book format when purchasing.  You can buy each book separately or as a set.  Check out the pages of the books here.  I gave a book to each child so that they can color and participate by reading along with me.

These lapbooks can be used at the elementary level grades 1-5.  If you have older students you can have them read and do the minibook themselves.  They can either cut and paste the answers into the mini books or they can write it in themselves.  You can give them a quiz after a review to see if they have fully understood and retained the information.  I will be sharing a study guide and quiz later so be sure to keep a look out.

If you have younger readers you can read it together as a group and then you can help them cut and paste the answers inside the mini books.  The very young may not be able to do all the mini books.  You can pick and choose which ones you would like your students to do.  Another option is for the parent/teacher to cut out all mini books and paste them into the lapbook so it is ready for the younger student to use.  Then the student can paste the answer inside the minibook. This way the parent or teacher can focus on spending time going over and explaining the surah.

If this is too easy for your older students then you can soon check out my Surat A-Burooj Notebooking Pages where they can write out what they know and learned from the surah.

How long will it take to complete this lapbook?

What is included in this lapbook?

Before you download my lapbooks, please note the following!

UNDER NO CIRCUMSTANCES SHOULD ANY PORTION OF THIS BOOK BE DOWNLOADED AND SOLD FOR PROFIT.

The content of this lapbook is copyrighted intellectual property and offered solely here for  purchase download and personal use(one household) exclusively.  I also offer classroom license if it is for a classroom or co-op setting.

If you would like a copy of this lapbook, you can purchase it in my shop here.

Check out my entire shop here

If you would like a copy of the Surat Al-Burooj Notebooking Pages, you can download them here.

If you find a mistake or would like me to add a minibook or have other ideas please leave a kind comment below or email me at:   deanna@lessonsfromthegulf.com

Check out these links to see how I make the lapbooks.

What is a lapbook?

How to make a lapbook video tutorial

Hope it is of benefit. 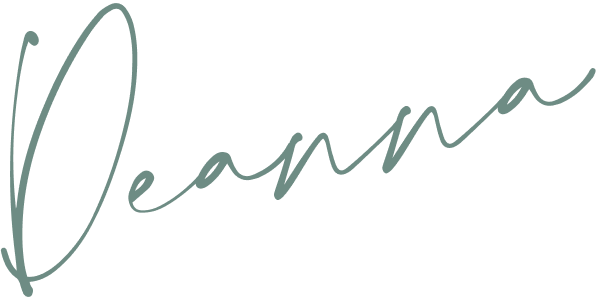